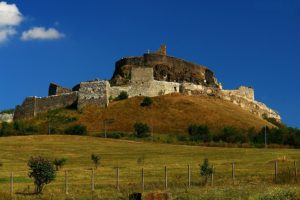 Someone recently told me that God never asks His people to walk around in circles.

Wrong! He did. Remember? He asked an army to march circles around Jericho.

Joshua, chapter 6, tells the story of the Battle of Jericho. It was actually more of a parade than a battle.

For 6 days, God had all the men of war circle the city once with 7 priests blowing ram’s horn trumpets in front of the Ark of the Covenant. Six days with warriors silently marching around the city. Once a day. 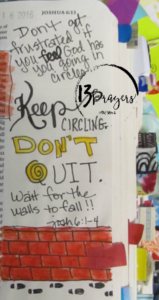 I don’t know about you, but I’m thinking that around day 5 some of the warriors started questioning the process. “We have to march around again today?” Haha. Just you wait! On day 7, they made 7 trips around in one day! When they finished the 7th trip on the 7th day, Joshua told them to shout.

And they shouted with a great shout and the wall fell down flat, so that the people went up into the city.

So, what’s the lesson in this?

God still expects us to be obedient. Maybe you feel like you’re just wandering around, doing the same ole thing…again. If that’s the last thing God told you to do, then march on! Lift your head high and keep your armor handy. Don’t get discouraged! Keep listening for that new command.

And, if you’ve had a circling season, why not comment below and let us know how it went for you?

Thanks for stopping by. Today I prayed that you will carry on in obedience to what God has called you to do.