I’m gonna need you to stop that behavior right now! 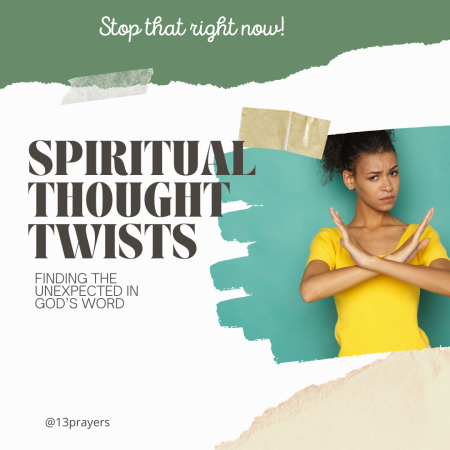 When my daughter was of pre-school age, she went through a phase when she became a menace with scissors. She cut her hair. And her Barbie clothes. Suddenly there was a 9-inch gash in the arm of my relatively new sofa. Man, I wanted her to stop.

I even went to change her bed sheets and found them glued to the mattress. She had ingeniously cut open a glue bottle and used a spoon from her play kitchen to “fix” the sliced fitted sheet she had used as a work station while redesigning some of her least-favorite clothes. In the middle of the night.

We thought we’d hidden all the scissors by that point, but we were wrong. We’d told her repeatedly to stop, but she wouldn’t.

Stop disobedience on all levels

Today’s verse, Ps. 7:9, comes as a song of prayer from David. Feel his pleading as you read: “Let the evil of the wicked come to an end, BUT establish the righteous…” I don’t know about you, but I’ve prayed very similar prayers over the last few months.

“Put an end to the wicked.”

BUT also, “Protect those who love You, God.”

”Strengthen and lead Your people.”

We should stop judging others

It isn’t our place to decide who qualifies as evil/wicked or as righteous. If that something you do – stop it.

No, as the end of today’s verse reads, “The One who examines the thoughts and emotions is a righteous God.” In other words, God, who is righteous [upright or moral] is the ONLY One qualified to determine who in David’s song/prayer should come to an end or be established. Only God can look within a person to see their thoughts, emotions, and motives.

More and more I have come to realize how much evil there is in the world. I want it to stop, and God is the only way that will every happen.

But we can make a difference, too.

When you find examples of evil in our world, PRAY.

God expects us to spend time with Him in prayer. Lift up those instances of evil, of hatred, or injustices when you see them because God is waiting for us to ask Him – to bring to His mind the things that cause Him grief. When we see disobedience against what He want, we need to ask Him to intervene.

Adore – We praise the One True God who alone can see the hearts of men. Who alone can stop evil in its tracks.
Admit – Sadly, sometimes I gloss over evil when I should be praying about it. Forgive me for my apathy.
Ask – Father God, we ask You to help us see evil – not only so we can avoid it, but with a burden to talk to You about putting a stop to it so that lives can be changed.
Acknowledge – We thank You, God, for being righteous and steadfast. We can depend on You – always.

THANKS FOR STOPPING BY TODAY. Drop me a line below or on Instagram and tell me if you or your child ever had a difficult “phase.”