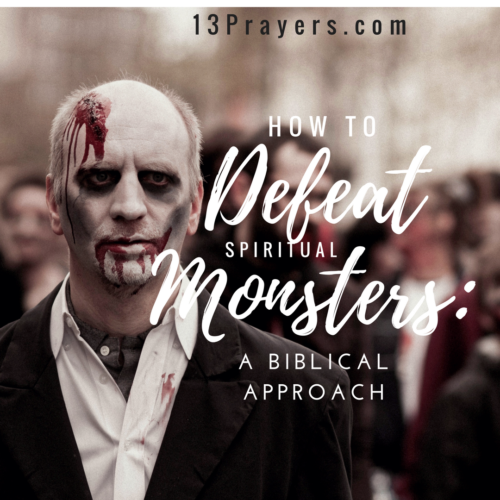 It’s Halloween season again, but spiritual monsters don’t wait for the end of October to rear their ugly heads. The following monsters tend to show up whenever things start going well. Or when The Enemy is working overtime to toss roadblocks in your way. As Christians, we must prepare to fight these monsters.

Defeating them alone is impossible. But, fortunately, we are not in this battle alone. We need to arm ourselves with Scripture. God has given us the two-edged sword we need to battle on.

10 Spiritual Monsters and How to Defeat Them:

Thank you for stopping by today. I’m praying for you to be strong in your battles.