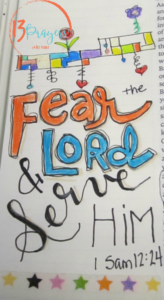 Success is something we all strive for, right?

Someone is always coming up with a new formula for success. Do this. Do that. Buy this. Avoid that.

God’s people are no exception.

In 1 Samuel, God’s people wanted a king. A human with skin and a heartbeat to rule over them. A heavenly Father God as King wasn’t good enough. Their new formula for success was to have a human king.

God was less than pleased. Their need for a human leader showed a lack of faith. But God gave in. Conditionally.

God gave the people Saul. They anointed him as their king. Then the prophet Samuel kept repeating the same phrases to them – probably because they were stubborn and thick-headed and needed to hear it over and over again.

Serve Him – Do His will, not your own. His success will ensure your own personal success.

God had provided the king they wanted, but he held that king to the same charge: “If both you and the king who reigns over you will follow the Lord your God, all will be well.”

In other words, you can have your human king, but don’t ever forget who is really sovereign here.

And again in verse 24, “Fear the Lord and serve Him faithfully with all your heart.”

Are you looking for a quick formula? Sorry. Can’t help ya there.

But God’s method of success is available: All your heart. A lifetime of service. Go. Do.

Thanks for stopping by today. I’m praying that you remain obedient to God’s leadings.