My GPS and I have a love/hate relationship. 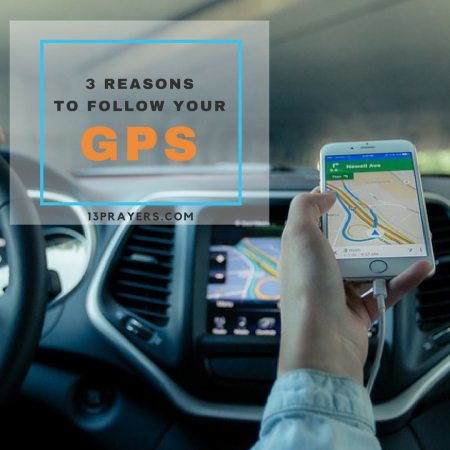 I’m a gadget gal. And that includes my GPS. I enjoy playing with new technology, even when it doesn’t like me back.

Following a GPS blindly can be tough. There are many times I’d rather have a map. It’s looking at such a small tidbit of the road that bothers me.

I’d rather be able to sit down and see the entire trip in detail. That’s probably a throwback from my Pre-Digital Days.

Well, in those days of yore, I was also known as She Who Gets Lost. If I was going somewhere new and didn’t get lost at least once, it wasn’t worth the trip. So I jumped on the GPS bandwagon fairly early.

Hubby and I took the kids to visit my Mom and used the occasion as the perfect opportunity to test out the new gadget. We knew the way. We’d been there MANY times before. We just wanted to see what the magical box in the car had to say.

And we were pleasantly surprised. I admit, it did take us on what we’d consider as the “long route.” We knew some shortcuts that the GPS didn’t, but that’s okay. We got where we were going. But the ride home was a disaster.

Between home and Mom sits the Wichita Wildlife Refuge. Son and Daughter liked to drive through it and look for buffalo and longhorn cattle. Again, we knew where we were going. We didn’t need the GPS. And we made the turn off the route.

Not long after that Hubby and I headed off for an adventure. We set our sights on the Grand Canyon. It’s not that tough: get on I-40 and go west. For days.

We were almost to Amarillo, and it was going to be time for lunch. I checked and found there was a restaurant we liked ahead. Just off the interstate. Easy. Right?

When I plugged the address into the GPS, the thing told us to get on some access road a mile ahead. Okay. That could have made sense. But we were still almost 20 miles from the restaurant! Why should we take an access road for 20 miles when the highway is right there??

Turned out, the exit we took to get off by the restaurant was actually one parking lot PAST where we wanted to eat. And it was one way. The wrong way. It took us an extra 15 minutes to drive around traffic and construction to get there.

Reasons to Listen to the GPS

What GPS are you listening to?

It occurs to me that God is like a GPS.

I can’t count the times I’ve wished I could hear His audible voice telling me which path to take. But He doesn’t work that way. Even if He did, there’s always the chance that I’d tune Him out like I did the GPS.

There are many instances in scripture where God commanded someone to do something. And they did it. In faith. Without seeing the entire picture. The first occasion that comes to mind was the day God told Abraham to go and sacrifice his only son. And Abe packed up and went. His comment, “God will provide the sacrifice.”

Father God, please bless each reader with an “All-In” faith and a listening heart.