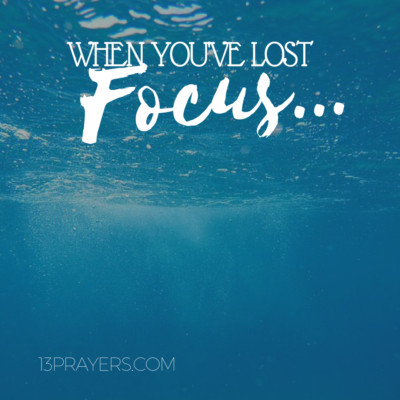 I’ve been  having an unhealthy focus on numbers lately:

Experts in the blogging world say over and over that it’s all about the numbers. Build your community. Do this better. Do that more.

This week I received word from a stranger who quoted my stats to me. They wanted me to PAY for social media likes. And I’m shocked to say that I considered it…for half a second.

That’s when God’s 2×4 hit me squarely in the forehead. Wham!

I’d lost focus. I was so obsessed with the numbers (and believe me, as a writer, numbers aren’t usually my thing at all. I’m a word girl.)… but, I was tracking more and more things every month.

But that’s not what my purpose is here. Numbers shouldn’t be my focus. This forum shouldn’t be about MY global footprint.

It has to be about God.

I was Peter – halfway across the water and sinking fast.

Or, if I’m being honest, I’m sitting on the bottom, looking up.

In Matthew 14, we have the story of Jesus feeding the 5,000. Immediately after that, as Jesus sent the people away, the disciples obediently hopped in a boat and headed across the water. Jesus told them to. He then went up into the mountain alone to pray.

The boat was already far away, being battered by the waves when Jesus finished his prayers in the early morning.

So how does the Savior of the World get out to a boat with his friends in heavy winds and raging seas? He walks.

And he freaks out his buddies in the process. I guess using one child’s lunch to feed thousands wasn’t enough proof of his power for them. Their knee-jerk reaction was to think he was a ghost.

But, again, immediately Jesus responded. He told them to chill out and identified himself.

Peter’s response? “If it really is you, then command me to come to you on the water.”

I picture Jesus grinning and shaking his head. Such a bold demand.

So Jesus commanded him to come. And Peter walked on the water toward Jesus. Until it happened.

Peter looked at the wind.

Okay. Okay. I know. You can’t see the actual wind. But the point is: HE TOOK HIS EYES OFF JESUS. He. Lost. Focus.

And the results were significant:

How could Jesus think Peter lacked faith? The man had the courage to step out of a boat in rough water in the dark and walk on water to a potential “ghost.”

Nope. That act of courage was faith. The reward was that exhilarating stroll.

The lack of faith refers to Peter’s wayward glance. His loss of focus.

Keep your eye on the prize, Kathy.

Like Peter, I’m drowning. There’s no one to blame but myself. My eyes left Jesus. I need to focus more on scripture and less on the blog experts. God will control the numbers. In His way. In His time. He can take my “child’s lunch-sized” blog and feed any crowd He chooses.

Time to get back in the boat with Jesus. Because then, and only then, is when the wind stopped for Peter.

I’m ready for smooth sailing. How about you?

Praying for you today to have (1) a clear focus on the path God wants you walk and (2) the faith to step out of the safety of the boat in obedience.