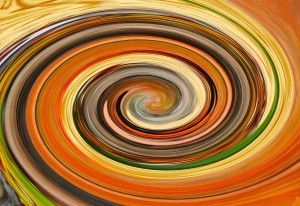 Most of the time I love writing.

The words flow. The characters cooperate. The outline soars, and all is well.

Then there are the other days.

Characters argue with each other – and with you, the author – and not in a productive “let’s-create-more-conflict” kind of way.

Even the outline laughs at you.

I’ve been staring at the Black Hole of Not Writing for a couple of weeks now.

I think I finally figured my way out.

I’ve been writing my sequel to Choosing Justice, and I’m thrilled with the way things started! I had set a daily word count goal, and I’d met it for more than 3 weeks. It was a bold goal, considering my full-time job and things at home. But I was nailing it.

Until the migraine. And the ear infections. And the general feeling of “YUCK.” And all this happened the day AFTER I came to a spot in my outline that needed a fix. You see, early on the the rough draft I’d had Ike Maxwell do something important that I had actually plugged into the outline where I found myself now.

(I’ve been writing mostly in chapter order this time) So what I moved to chapter 8 had originally been slated for chapter 24. Now that I was ready for chapter 23, my outline needed to be fixed, and I had no idea what to put there!

Normally, that would not be a problem for me. I write out of order all the time. I often have scenes/chapters swirling around in my head, so I’ll jot them down to make them behave. Then I fine tune them when I get to them.

This time, I skipped chapter 23 and moved on. But it was like chaining an enormous anchor to my keyboard. I got nowhere!

I would sit and play through different scenarios in my head, but nothing seemed to work. And eventually I just began to avoid my keyboard altogether.

Well, the fix is in. Chapter 23 no longer has me in its crosshairs. I am liberated from the gravitational pull of the Black Hole of Not Writing. I managed to generate new conflict for Ike that directly plays against his actions in chapter 8, and I’ve moved on.

Action Plan: If you’re looking for my Bible Journaling, I invite you to follow 13Prayers on Facebook or Instagram. I’ll be posting there primarily this month.

Thanks for spending a few minutes with me today. I spent time praying for you.